10 reasons to visit the Vestmannaeyjar archipelago 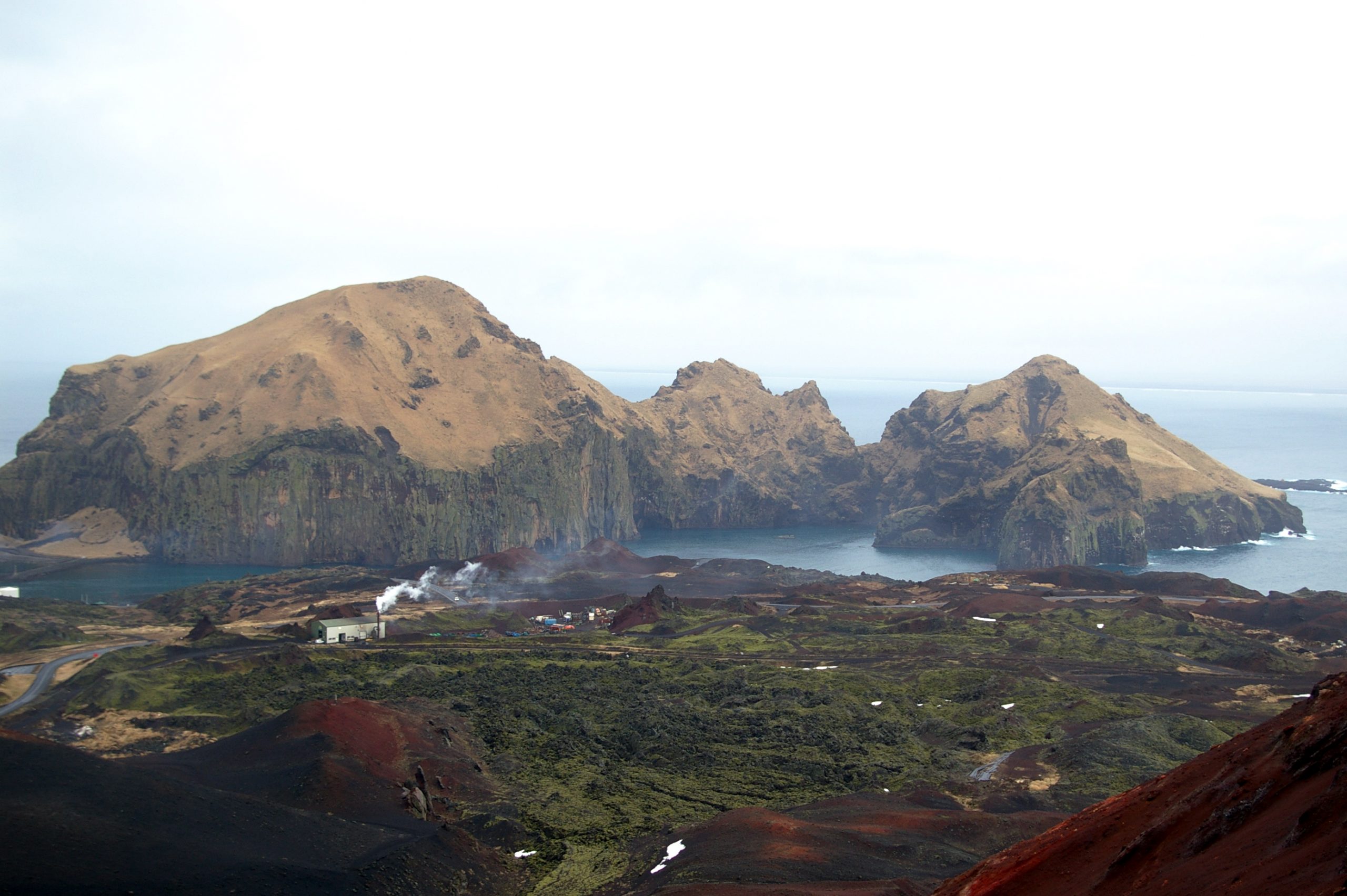 The Herjólfur ferry has resumed sailing between Vestmannaeyjar Islands and Landeyjahöfn harbour, located a short drive from the village of Hvolsvöllur. This means much shorter and more frequent trips between Vestmannaeyjar and the mainland. The archipelago consists of fifteen islands, with Heimaey Island being the largest and the only one that is inhabited, with a population of roughly 4200. Here’s a list of reasons why you should pay the beautiful island a visit this summer.

An eruption began in Heimaey shortly after midnight on January 23, 1973, and lasted nearly six months. There was very little advance warning that such a catastrophe was about to unleash itself. The fissure which had ripped open the earth rapidly grew to 1,600 metres in length, and soon lava began to erupt from it. Gradually, during the next few weeks, the earth rose with the eruptions to produce a small volcanic mountain, Eldfell, meaning Fire Mountain, where once there was a flat meadow.

2.     Goslokahátíð – the celebration of the end of the eruption

Locals celebrate the end of the eruption each year during the first weekend in July. Among the many festivities taking place that weekend are concerts, exhibitions, and games and activities for children. The weekend’s highlight is on Saturday evening when the baiting sheds by the harbour are turned into concert venues with live music.

The first weekend of August is known as “Verslunarmannahelgi,” the businessman’s holiday, in Iceland. Traditionally, businesses give their personnel the first Monday in August off, a custom that continues to this day.The three-day-long bank holiday is celebrated all over Iceland, but no one celebrates to the extent that the inhabitants of the Westman Islands do, with between 11–16,000 people (nearly 4 times the island’s population) attending the festival annually.
The history of Þjóðhátíð (the national festival) dates back to 1874, when, because of bad weather, the residents of the Westman Islands were unable to travel to the mainland to join in the celebration of the 1,000-year anniversary of the Settlement of Iceland. Instead, they held their own celebration that led to the long-lasting tradition of Þjóðhátíð.
Highlights include a massive bonfire on Friday night, a magnificent fireworks show on Saturday, and, most impressive of all, an eruption of red torches that light up the valley and represent the island’s volcanic flames.

In 2005, the Vestmannaeyjar town council agreed to take part in a project that involved excavating ten houses that had been buried under lava since 1973, and a construction of a visitors’ centre where people could view the houses and learn more about this extraordinary event. The project was named Pompei of the North and an excavated house at Gerðisbraut 10 is the centre’s main attraction. The museum has won numerous awards for its design and is definitely worth a visit.

Vestmannaeyjar is home to Iceland‘s largest puffin colony. There is a convenient bird viewing platform located on the north side of cape Stórhöfði but visitors can also purchase a boat trip which will get you closer to the burrows.

The gorgeous stave church in Heimaey was a presented as a gift to the Icelandic nation by Norway in 2000, to commemorate the 1000-year anniversary of Christianity in Iceland. The building’s architecture is reminiscent of that of the Viking era and inside one will find a lovely replica of a medieval altarpiece.

Slippurinn restaurant, located on the harbour, offers stunning seasonal dishes that are a delicious treat for all food lovers.
Run by a family of four, chef Gísli Matthías Auðunsson, his parents, Katrín Gísladóttir and Auðunn Stefnisson, and his sister, the artist Indíana Auðunsdóttir, the dining spot embraces traditional, Icelandic cuisine and focuses on using locally sourced produce such as freshly caught fish, home-grown vegetables and wild herbs to create an unforgettable culinary experience.

Surtsey island was formed in a volcanic eruption which began 130 metres below sea level and reached the surface on November 14th 1963. The eruption continued until June 5th 1967 and brought four islands, Surtsey, Surtla, Syrtingur and Jólnir into existence. The three smaller islands quickly eroded away once the eruption ended, leaving only Surtsey standing. Ever since the island emerged from the sea in 1963, only a small number of scientists have been permitted to set foot on it. This has allowed the island’s natural ecological succession to proceed without outside interference. Curious guests, however, can pay the Surtsey Visitor Centre a visit and learn more about the island and its geology. The interactive centre is part of the Eldheimar museum.

The seaside golf course in Herjólfsdalur has been named one of the world’s top 100 courses. The 18-hole course is set in Herjólfsdalur valley, surrounded by nature and the ocean. The layout is short but spectacular and measures 5,820 yards. Golfers can hire clubs at the course.

Heimaklettur cliff is a palagonite cliff that shelters the town of Vestmannaeyjar from the strong northern winds. It stands 279 meters high and has become an emblem of sorts for the island.
One can hike up the cliff all year around, something locals do regularly. The view from the top is unprecedented, hitting you from all angles.