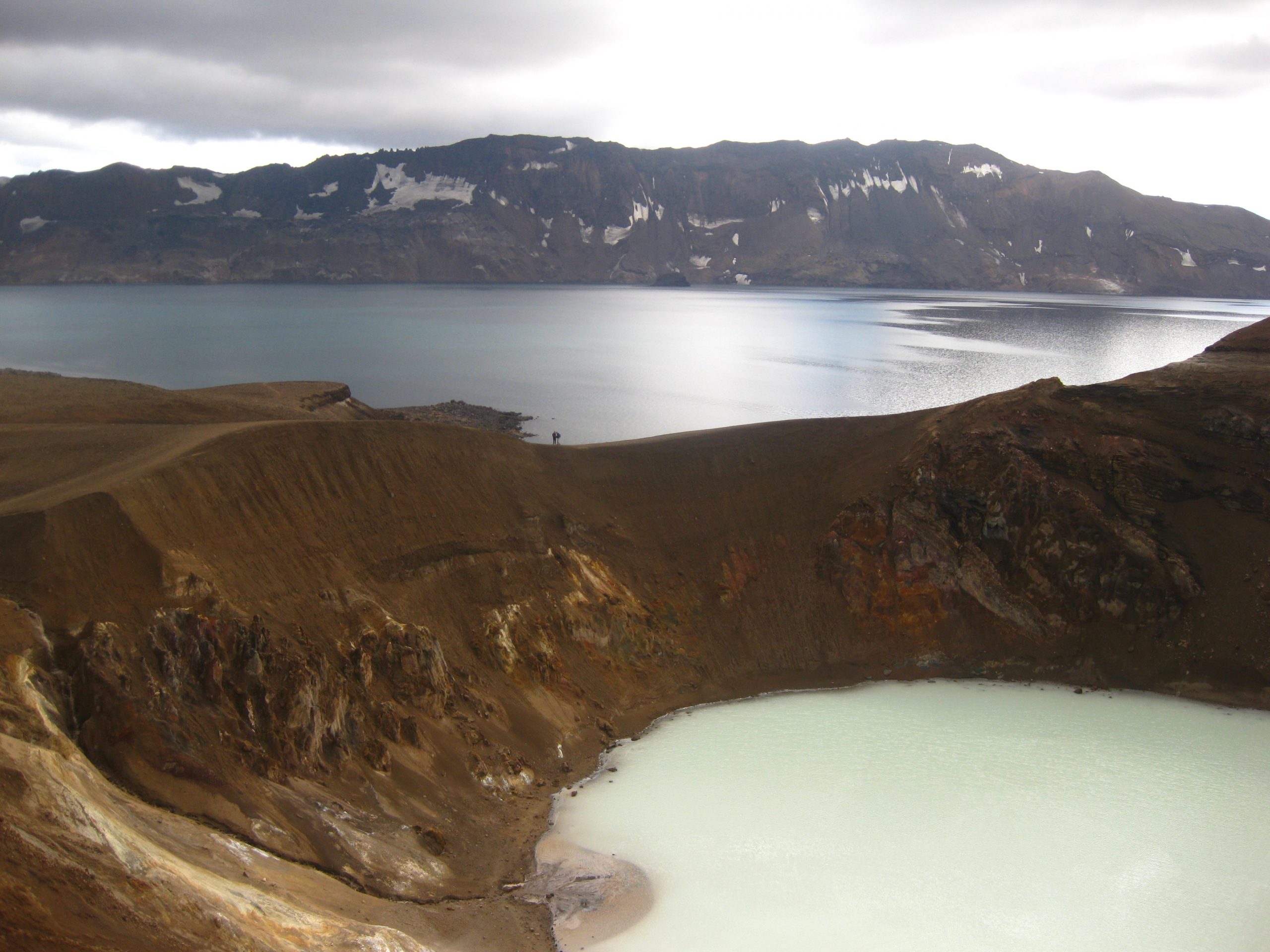 A new landslide in the Askja region, the nature is still at work

Lake Víti The tsunami wave travelled across Öskjuvatn lake (on top) and into the much smaller explosive crater.

A new landslide is believed to have fallen in the region of Lake Askja in the remote Northeast central highlands. Last year a massive landslide fell into the lake just before midnight on July 21st causing a great tsunami wave, which travelled across the lake, over its eastern shore and into the famous Víti crater.

Experts estimated that around 60 million cubic metres (2.118.880.002 cubic feet) had fallen from the slopes of Mount Askja and into the lake, making it the largest landslide known to have fallen since Iceland was settled, more that 1.100 years ago.  Water levels in the lake rose over two metres (6.5 feet) following the landslide.

Ármann Höskuldsson, a volcanologist at the Institution of Earth Sciences at the National University, explained in an interview last year that area is still being formed and predicted that we would see more movement there. “Askja’s southern rim is clearly very unstable, meaning more landslides will fall this winter and next spring,” he told the National Broadcasting Company.

About the area
The Askja region is located in the Northeast part of the Vatnajökull National Park. The name refers to a complex of calderas within the surrounding Dyngjufjöll mountains (that peak at 1,510 metres).

Mount Askja is a stratovolcano found within the area and was virtually unknown until a enormous eruption began in 1875.
Öskjuvatn is a large lake that fills the caldera that formed in the 1875 eruption. It is 11 km² (4.2 sqm) and is the is the second deepest lake in Iceland with a depth of 217 m (712 ft). The deepest lake is Jökulsárlón glacial lagoon.

Víti is a much smaller explosion crater, situated Northeast of Öskjuvatn. It contains a mineral-rich, opaque blue water which stays a comfortable 22 degrees Celsius (72 Fahrenheit) all year around.