one of the best kept secrets in Iceland

Vestmannaeyjar – The Westman Islands are a group of 15-18 islands, depending on how they are classed, and about 30 skerries sand rock pillars, located off the mainland’s south coast. The islands were formed by submarine volcanic eruptions along a 30-km long fissure lying southwest to northeast. The largest island is Heimaey, 13.4 km2.Most of the islands have steep sea cliffs, and are well vegetated. Bird hunting and egg collecting are traditional to the islanders’ culture.

A Norse timber church, a gift from the Norwegians to commemorate 1000 years since Christianity was accepted in Iceland, was consecrated on Heimaey. The only church of its type in Iceland, it has been situated at the Skans area where a stone wall, built after the Turkish invasion in 1627 occurred, has been rebuilt. Population 4,416.

The Community
Hunting and fishing are the traditional mainstays of the island economy. Rich fishing grounds surround the islands. For many years Heimaey was one of Iceland´s largest fishing stations. During the main season, people, from all places and walks of life, flocked here to work long hours and earn money. The population of the town trebled and the number of boats multiplied. Today, ships are larger and more technologically advanced, production has moved from landbased freezing plants to factory ships and consequently the hustle and bustle of the main season is much a thing of the past.

A New Island Emerges- Surtsey
On the morning of 14th November, 1963, crew aboard Ísleifur II saw a column of black dust rising from the sea, south-west of Heimaey. An eruption had begun on the seabed which was to last almost four years. By the second day of the eruption the island, Surtsey, was already 10 metres high. When the eruption ended, on 5th June, 1967, the island covered 2,8 square km and reached a height of 170m. Surtsey is protected by law and Icelandic scientists continue to document the colonization of the island by plant and bird life.

The Eruption on Heimaey, 1973
The eruption on Heimay began on 23rd January, 1973, just before two o´clock in the morning. A fissure opened on the eastern side of the island, only 300-400 metres from Kirkjubæir, the most easterly houses in the town. The inhabitants of Heimaey were woken by the police and firebrigade as they drove around, raising the alarm with their sirens. People streamed down to the docks. Fortunately the weather had been stormy the day before and most of the island´s fleet of 60-70 fishing boats had stayed in harbour. The boats ferried the town´s people to safety in Þórlákshöfn. In March, moltern lava threatened to close the harbour approaches. In a desperate attempt to stop the flow, seawater was pumped on to the lava. This method proved very effective. Today the harbour is considered to be even better than before. The eruption ended on 3rd July, 1973. In six months a new volcano, 225m high, had appeared on the island and a new lava field lay to the east and covered 3.3 square km. Around 360 houses had been buried and many others badly damaged. Before the eruption 5300 people lived on Heimaey, 2000 of these moved back immediately after the eruption ended. Slowly but surely more families returned and began to rebuild their community.

We visit the puffins, museums, and possibly walk up to the crater of the  recently-erupted volcano.  A tour option is a Rib boat Safari Cruise.

Duration: 14 hours.
Included: Pick-up and drop-off in the capital area, High Speed 4G internet WiFi and Premium Icelandic Glacial Water bottles and Herjólfur (Ferry across from the mainland).
Not included: Food, beverages and other entrance fees.
Attention: Prices are per vehicle, not per person. When booking for 1-3 passengers you select 1 in “Transfer 1-3 persons (per vehicle)” but if you want two vehicles you select 2. Same applies when booking for 4-8 passengers.

Hjalparfoss is one of Iceland’s hidden gems. -

The volcanic eruption 🌋 in Geldingadalir is a s

Going in for a gentle kiss! - #iceland #icelandic

Want to experience the awesome power of the curren 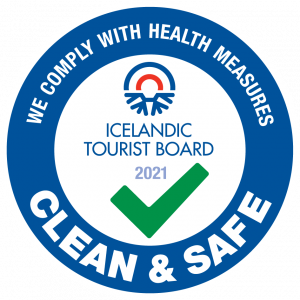 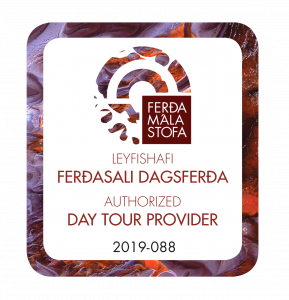